Posted on January 5, 2013 by Donna Mitchell-Moniak

Uranus is at 4 degrees Aries and on the move forward. By the end of April it will at 9 degrees and priming to enter its second decanate. Every sign of the zodiac has 30 degrees (360 degrees in a circle, 12 signs=30 degrees per sign). Each 10 degrees of a sign is called a decanate, and it has discernable qualities. In general, when a planet is in the first decanate of a sign (0-9 degrees) its energies express raw or new therefore somewhat unknown, unfamiliar, or unrecognized for the usualness of the planet’s qualities; and chaotic, flexing, wiggly, or seeping as in seeping into the sand of our collective and personal existence. In the second decanate (10-19 degrees) the planet is known, familiar, and its energies quite recognized. Familiarity brings confidence and as the degrees move along, can bring contempt. We stretch and stabilize into what the planet is trying to teach us, imbue us collectively with, and mentor our collective consciousness and living with. The last decanate (20-29 degrees) our confidence with the qualities of the planet and its sign can become prideful and big mistakes can be made; or wisdom and understanding are present about the pitfalls of pride or of using one set of qualities too much. We can be unmindful, unthinking, or oblivious of the pressure that unilateral reliance upon a small sent of qualities can create. This breeds contempt again or at least a readiness for change. Then the planet will slip into the next sign of the zodiac and there will be mushiness and wiggling, an unknown or taken by surprise feeling, and we’ll start all over again. 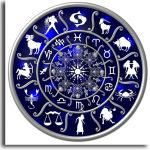 What takes us by surprise each time an outer planet moves into a different sign is how much that planet is infused and therefore changed by the sign. The outer planets stay in each sign long enough for us to feel and be effected by the shift in qualities that is infusing them. All existence is waves of energy and quality – physics tells us this. The planets, stars, and galaxies are beings different than a human in scale and majesty of consciousness but not in essence. There is only one Life, end of statement. So, as Uranus moves through Aries (an approximately 7 year cycle) we are experiencing the above journey through the decanates. Why mention it?

Because of “Let my people go!”

The myth of Moses and Pharaoh is a good example of Uranus in Aries. We are reminded that Uranus hierarchically rules Aries, and that the highest, purest, and most powerful expression of both sign and planet want to express. Highest expression of Aries is dynamic free-ness, forward moving, unbridled, and just. Highest expression of Uranus is electric sparks of enlightened awareness perceiving the cosmic patterns in the most common demonstrations. Both the light of perception and the electrical instantaneous winking awareness are unbridled – a neutrino well describes high Uranus. These two together, Uranus and Aries, resonate – literally resounding the purest of each other back to each other. Hierarchical rulerships are electro-magnetism self perpetuating itself perfectly and unstoppably.

So, “Let my people go!” will be what humanity will increasingly feel from the inside. We will feel that capitalism is a plague upon humanity, that war is a pestilence, that violence is a scourge that has poisoned our daily interactions with one another. Arab Spring, global petitions made possible by Uranus (internet: Uranus creates all wave forms of communication, ultimately with planetary telepathy as the goal.) are examples. YouTube with its videos of dolphins charred to cinders in the oceans by HAARP technology or videos that are bringing back the ancient wisdom and information overall. The internet is our Library of Alexandria and everyone has access.

“Let my people go!” We are beginning to rumble together like water molecules in a tea pot on the stove. Little by little enough random activity becomes organized boil, organized change. Equally, this mantra of magic is being chanted by the Mother Earth. She, too, will use this cycle of energy. While Uranus is in Aries the violence and bullying which humanity has done to Nature will be put into its place. When She makes a point, we usually don’t like it. When She reminds us that we have not thought rightly or acted wisely, we must start to listen and not just curse the clouds or the quaking earth. Sea levels are changing, that’s a fact. The weather on the planet is changing that’s a fact. The last time that happened was coming out of the the last Ice Age. Sea levels rose approximately 400 feet and the Great Deluge happened. The wooly animals of the far north all became extinct as did an unnumbered amount of people. All we know is that every culture, spiritual tradition, and scripture has a Flood myth.

I ramble. The seas won’t rise 400 feet in 7 years (Uranus in one sign of the zodiac cycle), but we can expect the Earth to keep rumbling, the seas to keep rising, humanity to keep getting fidgety, and want to do something. That’s Aries. We can expect a Summer of Human Rights after a May 2013 of something hitting the fan where we all go, “Yeh, it’s time.” (May is the next exact square of Pluto in Capricorn and Uranus in Aries. Both cardinal signs, both requiring recognition of their energies and a reckoning of what they report.)

Keep your mind open. Center in your heart many times a day. Meditate. Vision a world changed by the power of wholeness that humanity is capable of, and then make it happen.

Visit www.blazinglight.net for additional meditations and blog posts.
View all posts by Donna Mitchell-Moniak →
This entry was posted in Astrology and tagged change, humanity, new era, Uranus. Bookmark the permalink.