Humanity as body, speech and mind

I find myself pondering the concept of body, speech, and mind from two angles: 1. that these three words are describing a triune beingness, three aspects of one nature, and the three capacities of that one beingness to express the fullness of that one nature; and 2: considering these ideas regarding the kingdom of humanity as the one beingness. The latter is not exclusive of the occult fact that all echelons of existence are presenting a triune whole since the divine triplicity is the design of manifestation.

Body, speech, and mind are one triune beingness

In A Treatise on White Magic, Master DK states:
“ … it will be necessary to understand somewhat the part that the fourth kingdom in nature plays in relation to the whole, and the purpose for which that aggregate of forms which we call the human family exists.  ….

First of all, humanity is responsive to the inflow of energy. This pours into it from the cosmos. … (That energy is basically threefold):

Humanity, being the meeting place for all three types of energy, constitutes a midway point … .

The second type of activity of which man is capable is an intense progressive and spiral development within the human ring-pass-not. This sentence covers the mode of development and the entire procedure of unfoldment of all the evolving units that we call men (humanity).

The third type of sensitivity which should occupy the attention of humanity, and one as yet little understood, is that it should act as a transmitting center of spiritual forces – soul force and spiritual energy united and combined – to the prisoners of the planet and to the lives held in embodied existence in the other kingdoms in nature.”  TWM pgs. 525-529

Regarding body, speech, and mind, it becomes apparent that body is what makes the third type of sensitivity functional. Being incarnated provides that humanity (human beings individually or in groups) can be trained to understand themselves as a transmitting center of spiritual forces and thereby effect liberation to/for the embodied existences in other kingdoms. Clearly, while humanity’s desire nature is self-focused, the liberation of other forms of life within Earth is not forefront. But the day will come when it is, just it has been forefront in the long past during Golden and Silver Ages. 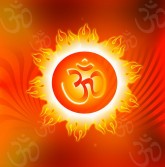 Equally so, speech as vibration and its span is related to the progressive unfoldment of the human kingdom. Better said, vibration-speech represents the sounding of human beings individually and collectively as we evolve into the Voice of the Silence, into the Word made Flesh, and magicians wielding Sacred Words of Creation.

Mind, then, is the capacity for and sensitivity to the inflow of cosmic energy. Mind in all its levels and states is the same as these incoming cosmic energies. This is an exactitude in every way. There many examples of this sameness: a Buddhist monk meditating on compassion for others generated gamma rays from his mind, light as an expression of the nature of mind is experienced as clarity, lucidity, creative inspiration, intuition, and inventiveness. As x-rays can penetrate through the shape and form of things, so the trained mind can do the same. And the spectrum of learning styles, languages, and the conveyance of concept, idea, and philosophical or metaphysical matters is like unto the electro-magnetic spectrum itself.

It is precisely because humanity is body-speech-mind, a triune beingness, that the fourth kingdom can have the threefold sensitivity and function that Master DK reports. As each human being focuses on any of the three factors of being human, then because of the triune nature of them, the other two are brought forward or developed in some way. This can be seen in the layering of humanity itself, with people at various points on the path of spiritual maturity, varying emphases in how to live an incarnated life as part of planet Earth, and different trainings in sensitivity, for instance, the athlete, the humanitarian, the ecologist, the inventor, the mother or father, or the child. Each is living from a particular focus in sensitivity, but all contribute to the overall sensitive nature of humanity as a transmitting agent of cosmic energies into the planet and the kingdom.

1 Response to Humanity as body, speech and mind