Posted on December 5, 2014 by Donna Mitchell-Moniak 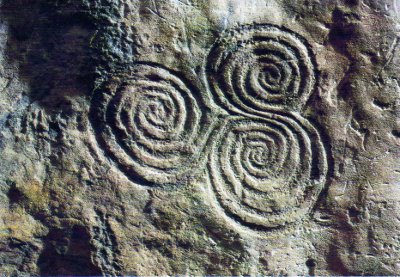 The idea of afterlife states is common to all religious traditions. For example, heaven, hell, and purgatory is the Christian version of this. Metaphysical traditions generally hold the dogma of various higher and lower states in which the soul will reside predicated upon the type of energy (selfish or selfless) that the person lived through life. The Tibetan Buddhist teaching on afterlife states has its foundation in the deep meditative states and realizations of achieved meditators over many centuries. That foundation began in India shortly after the Buddha’s death more than 2500 years ago. Some meditative practitioners would go to the charnel grounds to meditate on impermanence and the three inevitable states that all humans and life forms experience: aging, sickness, and death. The practitioner would sit among dismembered and rotting corpses left to the wild animals and meditate on the fleeting nature of everything thus the importance of each moment. This subject of meditation and its deep internal focus developed into four distinct meditative disciplines that investigated and then used the intermediate states of existence, namely

Over the centuries, thousands of meditators have participated in and learned various of these meditative disciplines – as is the case still today. The Dalai Lama has reported  that he meditates daily on death. Other lamas have said likewise. For years, I, too, have practiced two forms of meditation from the list above – sleep-dream yoga and meditations simulating death. The essence of the sleep-dream yoga has been offered to students over the years as well. Yet, to accomplish these forms of meditation requires adequate meditative capacity within the practitioner, and without such the practitioner simply will have a sleepless night from dream yoga and might feel fatalistic from meditating on death. Yet in both cases, the intention is wakefulness, awareness, a continuity of consciousness, and a sincere appreciation of the interdependence of life through understanding its impermanent nature.

Due to modern medical equipment and crisis triage, near death experiences (nde) from people brought back to life has increased and been reported, researched, and made available for public interest. If one knows what to look for, congruence is easily found between the modern non-meditative sources of reports of the afterlife states and realms and those sourced from meditators.

I suggest that the afterlife states follow the three qualities of awareness already stated in this series: luminescent, dynamic, and continuous. More about this will be offered in retreat at Spirit Fire Meditative Retreat Center in Massachusetts in January through meditation, information, and intended application. (You are welcome to register.) But to continue this series, let’s briefly look at the first few afterlife states.

The first experience of dying is light (luminescence). It is experienced by everyone. Most experience it as visual light. The experience manifests as possibly an updraft of light that one is taken joyously up into, a tunnel of light that one is irresistibly drawn toward, or a lightness of being (weightlessness) and thus an ascent into a sky of light or puffy clouds of light. Light includes a feeling of peace, expansiveness, no worries, appreciation, gratitude, ease, and release. It is pleasant, possibly rapturous.

This experience is universal because it is the light of awareness releasing itself from the density of form and expanding into the fuller light-nature of itself. Furthermore, light and love are interrelated, in fact inseparable. Therefore, love meets one and does so in various possible forms – all determined by the beliefs and mind-stream of the person dying or experiencing a near-death-experience.

What about the person who has done heinous things and has no remorse? Initially, all beings experience death as a release and experience light in some manner. However, those whose minds and emotions are twisted by hatred and anger, violence with no remorse, or blatant and vacuous greed will experience light quickly obscured by their own delusions. It’s as if the light cannot find a path through the twisted obstructions of a deluded mind. Therefore, light is short lived and simply is the release of the consciousness principle from the form of body-mind-emotions and quickly is thrust into the dynamic phase. 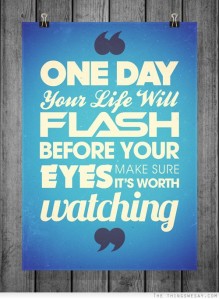 The dynamic phase of dying is the proverbial experience of “life flashing before one’s eyes”. Essentially, the quality of one’s life parades through one’s consciousness-steam. The detail is not important, the essential qualities repeated over and over again are. For most people, this experience is pleasant, even joyful. One observes the goodness that one brought into the world. For those who have been malevolent, the review is pointed and uncompromising. For those who are mediocre in their kindness, withholding goodness, patience, and generosity or generally acting in a self-serving way including non-ethically, then the review is also pointed and the experience is usually one of pity for one’s self for being so small-minded and Grinch-hearted. This review of consciousness-lived occurs for everyone, no matter how one dies (suddenly or not) or the cause of death.

Therefore, live with the well-being of others forefront and one’s long lasting wellness is assured.