Posted on August 16, 2016 by Donna Mitchell-Moniak

The simplicity of what is needed in the world is almost laughable. It is kindness. If every person were kind and considerate, all needs would be met. All people would innately and automatically take care of others, never take for themselves, but understand that in giving to others that others will give to him or her.

All violence and aggression would cease because these, in all their forms, are forms of self-first. The idea of “mine” would disappear from the collective mind stream, thus from language and from behavior patterns. We would no longer give trinkets to people (and expect praise or thanks for doing so) but would give of ourselves flawlessly and ceaselessly. 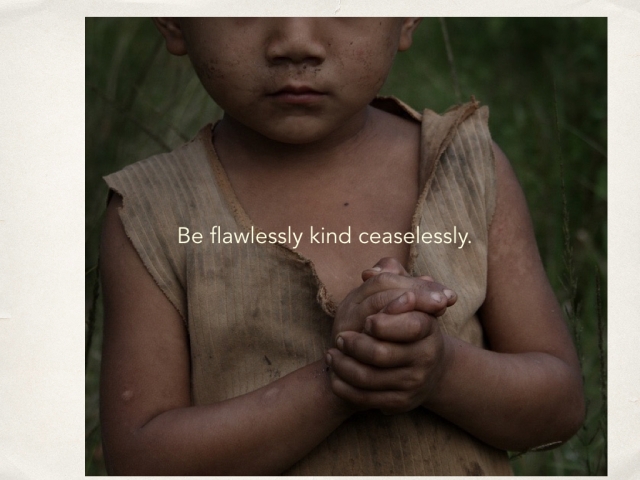 Visit www.blazinglight.net for additional meditations and blog posts.
View all posts by Donna Mitchell-Moniak →
This entry was posted in Human-ness. Bookmark the permalink.